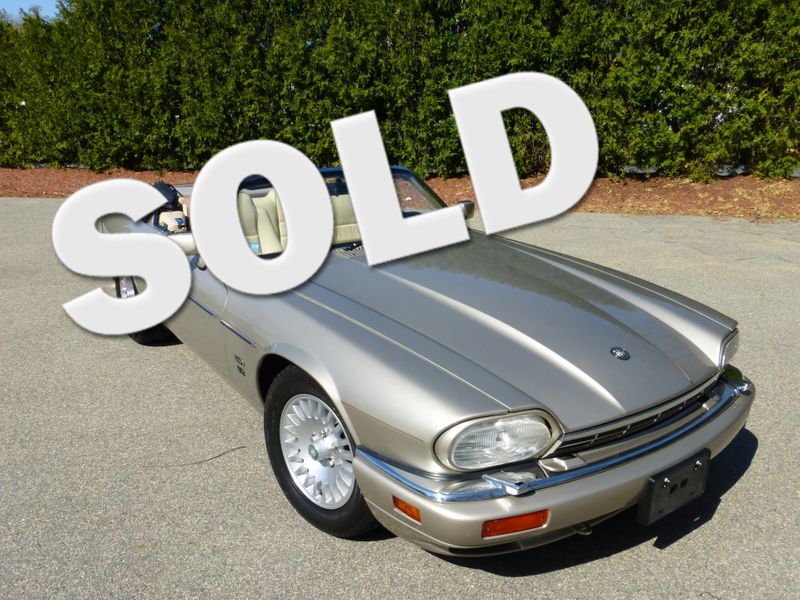 This 1995 Jaguar XJS features a fully serviced 6.0-liter V12 paired with a fully serviced 4L80-E GM four-speed automatic transmission and is finished in Topaz over a Cream 2+2 interior with Coffee trim with a Brown Convertible top. It comes from the penultimate year of XJS production and was acquired by the seller in Massachusetts May 2011 after almost 5 years of garaged storage. The current owner is only the 3rd owner, the previous owner purchased it from the local Jaguar dealer around 1999. Servicing over the past several years has been done by either the selling Jaguar dealer or trained Jaguar mechanics including a local Master Jaguar Technician. There has been meticulous service to the engine, transmission, brakes, air conditioning all of which are documented with receipts. The seller most recently performed fluid changes for the engine and brakes. Features from new include all major components of the air conditioning including the air boxes and fans, refinished Diamond-Turned 20 spoke 7x16 alloy wheels, This Series III XJS V12 shows 66k miles and is now offered with a clean Carfax report, service records, and a clean Massachusetts title.

The 1995 Jaguar XJS-V12 is one of the finest luxury sports cars ever built. It is the last of the “BIG CATS” and is sought after by both enthusiasts and collectors. The XJS was the longest running model in Jaguar history…1975-1996. The 1995 model year was the last year Jaguar produced XJS V-12 Convertible. There were approximately 400 convertibles built in 1995 with the V-12 engine and it’s said that less than 200 made it to the US market making this car a true collectible.

We have done our best to give the most accurate description as possible of our vehicles. If you see something that is inaccurate, please let us know so we can make the correction asap.
x